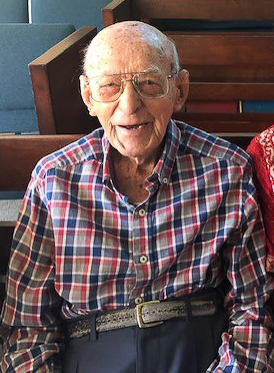 Edwin the boy began life on the family pastoral property. And in his words “my arrival heralded the end of World War 1’.  So I’ll let him tell his story himself:-

“I was five when we moved from the pastoral property two hundred miles west of Rockhampton to a small farm on the outskirts of Brisbane.  About half a mile down the road to Brisbane was a strange creek, strange after the dry creeks in Springsure – it always had water in it. I lived for almost five years on this 10-acre farm, number seven of a family of nine children with our mum and dad, a cow and a number of fowls.

Aged 14, in late January 1933, I was awarded an Extension Scholarship and enrolled to study as a full time student for the University Matriculation Examination.  My eyes were set on obtaining a degree in Economics.  Two weeks into studies I unexpectedly received an invitation to accept a Queensland Government position as a Clerk in the State Taxation Department with a nominal salary of 90–300 pounds per annum.  I discovered that my school had registered the names and results of all their students with the State Public Service Commissioner for employment in 1933.

Jobs were very scarce – the Great Depression had not eased; the Basic Adult Wage was 102 pounds per annum. Thousands of well-educated or otherwise 15 to 65 year olds could not find jobs. This was too good a job opportunity to miss; but what would happen to my studies!  There was no option.  Considering the sad state of the Milliken household finances at the time, it was “work and night school”.

This established a pattern of work and study that underpinned the rest of Dad’s life – he went on to acquire 5 degrees, all at night.

1939 saw the outbreak of WWII and Dad joined the navy.

“After a year I was promoted to Lieutenant as Confidential Books Officer, responsible for Australian and U.S. ciphers and codes for issue, and the receipt, local area distribution, and on-forwarding of all “safe-hand” (secret and confidential) naval mail.  After a year as CBO Brisbane, I found myself kitted out with army gear, in a US Martin Mariner flying boat bound for Port Moresby to take over as CBO, northern region based at Milne Bay at the south-east end of New Guinea.  For some months I was to share a small dimly-lit “cabin” with saksak roof and walls in a New Guinea longhouse-style building.  My CB office was of the same structure, but in the headquarters building.  There we found ourselves entertained all day by the non-musical chomping of copra beetles on the matted saksak.”

Dad left the Navy in 1947 with a degree in Psychology and joined the Commonwealth Department of Labour and National Service.  He married Mum in 1949 and they moved to Adelaide.  From there he was promoted to the Northern Territory Administration as Assistant Director Welfare Branch and we moved to Darwin in 1955.

Darwin was small and isolated.  The community was your family.  Mum and Dad immediately joined  the United Church which first met in the Methodist Overseas Mission Hall on the corner of Knuckey and Mitchell Streets.  They both had an active interest in music, Mum as a pianist & organist, Dad as a tenor and choir master.  So began their long life in what was to become the Uniting Church in North Australia and its move to the current building on the site of the World War Two American Forces Headquarters.

Dad’s whole life has been dedicated to selflessly helping others; first as child in the depression, then a Naval Officer in WWII, next in the Welfare Branch and finally in 1973 he became a Senior Lecturer in Psychology in the forerunner to the NT University.  He moved into private practice as a consulting psychologist on his retirement in 1983.

Dad never sought the lime light, nor did he enjoy conflict.  But he was not prepared to shy away from a confrontation to protect that which was morally right.  He made himself profoundly unpopular on a few occasions; one of which was his campaign to protect East Point for all and prevent it becoming a closed suburb for the wealthy.  There were many more, not the least of which was the commercialisation of the additional land beside and behind the Church.

My endearing memory of Dad is that of a stooped returned serviceman at a recent ANZAC Day ceremony being interviewed by the ABC and asked if he had fought for peace, to which he replied with absolute conviction “No, I fought for freedom; it is up to you and your generation to bring peace to that freedom”.

Dad fought the good fight to the end.  May he rest in peace.

The congregation of the Darwin Uniting Church mourns the passing of its long term member Edwin (Ted) Milliken AM, aged 101 . Ted was a member of the congregation from 1955. He served as Choir Master, Treasurer, Church Councillor and Lay Preacher. His contribution to the church and community is immeasurable. The congregation sends its sympathy and prayerful support to Rob and Jenny and extended family.

For all the saints who from their labour’s rest
Who to the world their Lord by faith confessed
Your name, O Jesus, be forever blessed
Hallelujah