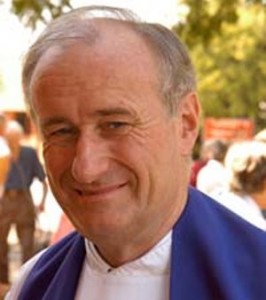 Rev Professor James Haire was awarded the Companion of the Order of Australia for his eminent service to the community through international leadership in ecumenical and interfaith dialogue, the promotion of religious reconciliation, inclusion and peace, and as a theologian.

Rev Haire was ordained as a minister of the Presbyterian Church in Ireland on 1 January 1974 and both he and his wife Mary were ordained in to the Evangelical Christian Church in Halmahera, Indonesian, on 10 December 1972.

Prior to taking up the placement at the Darwin City Parish. Rev Haire has been  serving (on behalf of the Mission Board of the Presbyterian Church in Ireland) as Professor of Systematics in the Faculty of Theology of the Tomohon Christian University in Sulawesi, Indonesia. He had previously worked with the Evangelical Christian Church in Halmahere, Indonesia.

Rev Haire took up his placement in the Darwin Parish on 1 February 1985 and was recognised as a member of the Uniting Church in Australia at Darwin on 17 February 1985.

In 1987 he moved to Queensland where he took up the position of Professor of New Testament Studies at Trinity Theological College, Brisbane and was Principal of Trinity College from 1992 to 2000.

Rev Haire is a published book author and has had many academic articles and book chapters published internationally.

Rev Haire has received many honours reflecting his interests in theology teaching, interfaith and ecumenical dialogue both nationally and internationally. In 2000 he became a Knight of St John and in 2001 he was made a Rotary Honorary Peace Ambassador. He received an Australian Centenary Medal in 2003 and was appointed a member of the General Division of the Order of Australia (AM) in 2006.

Rev Haire is married to Rev Mary Haire and they have two daughters.