At the 13th Assembly in Adelaide, our Moderator Stuart McMillan, was chosen as the President-Elect of the UCA Assembly. This means Stuart will become President of the Uniting Church in Australia when Assembly meets again in Perth in three years time.

Other election news concerns Rev Rronaŋ Garrawurra, who was elected as the National Chairperson of the Uniting Aboriginal and Islander Congress (UAICC) when Congress met just before Assembly in Alice Springs.

Further election news concerns Rev Kate Fraser and Rev Jenny Tymms, who were elected as members of the Assembly Standing Committee. This committee meets three times per year and is the UCA Assembly between Assemblies.

Your prayers are sought to sustain Stuart, Rronaŋ, Kate and Jenny as they take up these very significant roles within the Uniting Church. 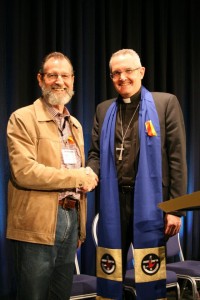 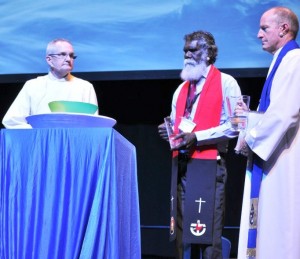