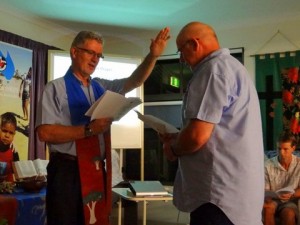 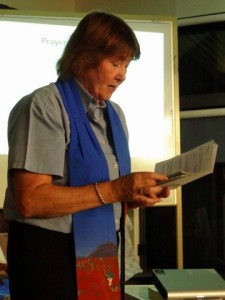 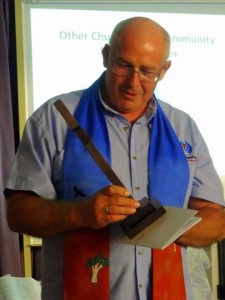 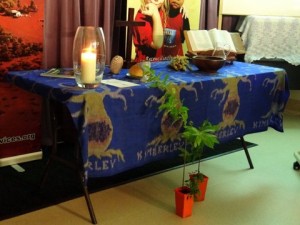 The altar with the symbols including sandalwood trees, wave rock and touring atlas for the Kimberley

The Induction service was held at the new Frontier Services Community Day Centre, which was opened earlier that day by Northern Synod Moderator Stuart McMillan. The new centre is a great improvement on the former day care facility. 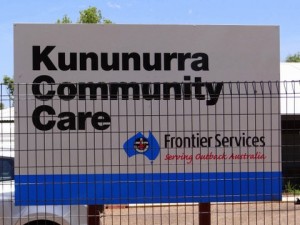 Entrance to the Centre 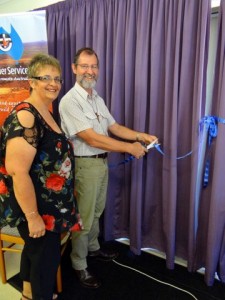 Jan Trengrove, Chair of the Frontier Services Board and the Moderator opening the Centre 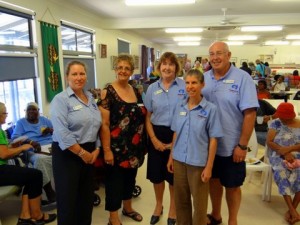 Both the Community Centre opening in the morning and the evening Induction were very well attended, with a strong showing of a range of community leaders, ministers from other churches and the local Uniting Church congregation. 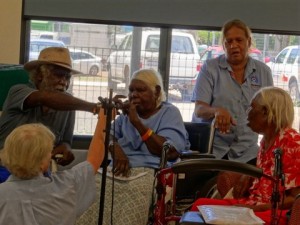 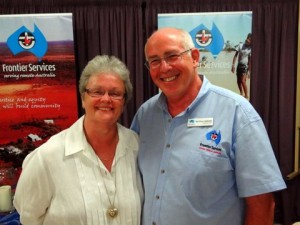