Choices are always forever present in the lives of humans, and there are always two choices, good and bad or wrong and right. Every person cannot escape from the arena of choice so because of that we constantly research and test before making up our minds.

The Jewish people also encountered a similar dilemma in their day to day lives. When Jesus arrived in Jerusalem they welcomed him with joy. Praising him saying: “Hosanna” to the Son of David, “Blessed is he who comes in the name of the Lord!” “Hosanna in the highest!” The praises that Jesus received were amazing. However, if we compare this to the time Jesus was before Pilate, when he was mocked, and the fellowship, friendship and respect had been replaced with divisions, hospitality and humiliation.

When determining the choices and possibilities before us, we must be careful not to choose wrongfully.

In the gospel of Mark 15:1-14, we see Pilate offers to the crowd a choice between Jesus or Barabbas. The Synoptic gospels tell us that the trial of Jesus occurred in to parts. The first is done through the religious way. Presenting Jesus in the front of the chief priests, with the elders, the teachers of the law and the whole Sanhedrin. And secondly through the hands of Pontius Pilate a trustee of the state during the time of Passover in order to keep peace.

Jesus confronted Pontius Pilate with his reason. He appealed to the public telling them not to pay taxes to the government. He called himself their king. For that Jesus presence was disruptive to the normal life, so Pilate had to act.

During the trail, he is asked; “Aren’t you going to answer?” Yet Jesus did not reply. Why so? For it is the very reason Jesus has given himself to offer salvation to the world. There is no reason for Jesus to save himself! There was nothing that could stop him from completing his task. “He was treated harshly, but endured it humbly; he never said a word. Like a lamb about to be shorn, he never said a word”. Pilate could do anything; however, it was the custom of the government that at every feast they would release one prisoner. Barabbas, murderer and rebel, was offered as the first prisoner. When he was presented on stage the people, who had once shouted; “Hosanna! Blessed is he who comes in the glory” with fellowship, friendship and respect had changed to become hostile. Such is the heart of humans whose heart has been taken by evil. Pilate wanting to satisfy the people and save his position chose policy over principle to save himself.

From that time to now, many people do the same thing. They do things to make themselves happy even if it contrary to what must be done. We would sooner make a decision that we know is wrong than to destroy our image and reputation and the happiness of those around us.

When we ignore God’s clear statements, based on the preferences of our audiences, we fall into compromise and lawlessness. God promises to honour those who do right, not those who make everyone happy.

Finally, Jesus was betrayed to be crucified. Crucifixion was the penalty for a rebel and a law of the most despicable and cruel kind. The suffering of Jesus for the sins of mankind is terribly bitter. He was also mocked, and dressed in purple robes as a symbol of beastliness. The crown of thorns placed upon his had as an insult became a proclamation that Jesus is alone and abandon with no friends. Furthermore, the wine mixed with myrrh and fed to Jesus was to a mind that was blurred and hazy. If he was, we would never hear his final words on the cross.

Jesus died on the cross so that we are saved, and for the sake of our salvation he “selected the best”. And the best option was granted unto us. A salvation that is full of sacrifices is not for the happiness of many, but to satisfy the will of God. 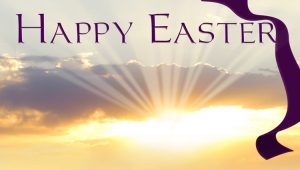