In April and May 1942, Margaret Somerville was one of three women who helped take 94 part-Aboriginal children from their improvised home on war-threatened Croker Island 5,000 km across Australia to safety in the south. Then, in 1946 Margaret helped bring the children back to their beloved island where the cottage homes continued until December 1968. In 1970 Margaret’s story of the exodus and return was published as “They Crossed A Continent”. This new 128 page hard covered edition of that book contains vivid and evocative photographs, not many previously published. This new edition includes an extensive Introduction and Postscript by noted Darwin historians Peter & Sheila Forrest. They Crossed A Continent is on sale at Somerville Community Services for $39.95 plus $10.00 postage. 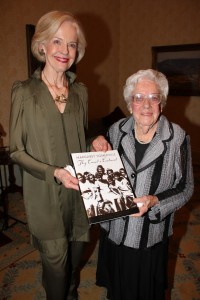